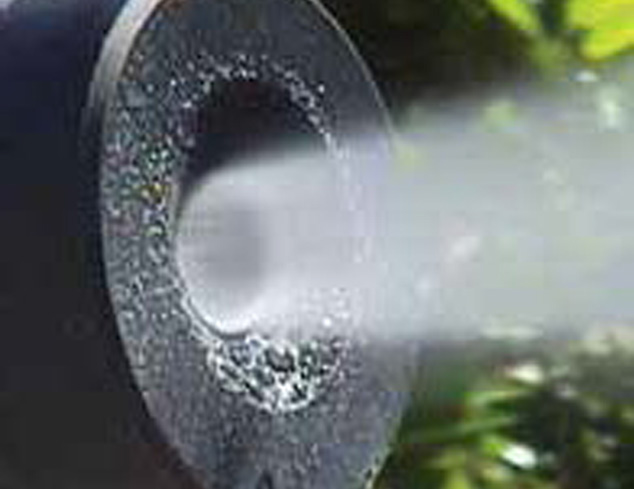 The Vapex system is different from conventional scrubbing technologies in that it does not extract the odors from the application and then attempt to treat them, but rather uses the odorous space as the reactor to oxidize the odors and stop corrosion.

The Vapex system utilizes air, water and power to generate a hydroxyl radical fog that is injected into the odorous space.

No hazardous chemicals are purchased, handled or stored.  The hydroxyl radical fog is produced via a patented atomizing nozzle, flooding the contaminated air space with very fine water particles (a mist), which collects the contaminants and washes them and the reactants back to the solution stream.  Thus, contaminants never enter the vented air stream.

Unlike a scrubber system which draws volumes of air from the contaminated source, the Vapex  keeps the contaminants in the vessel, continuously treating the air space.